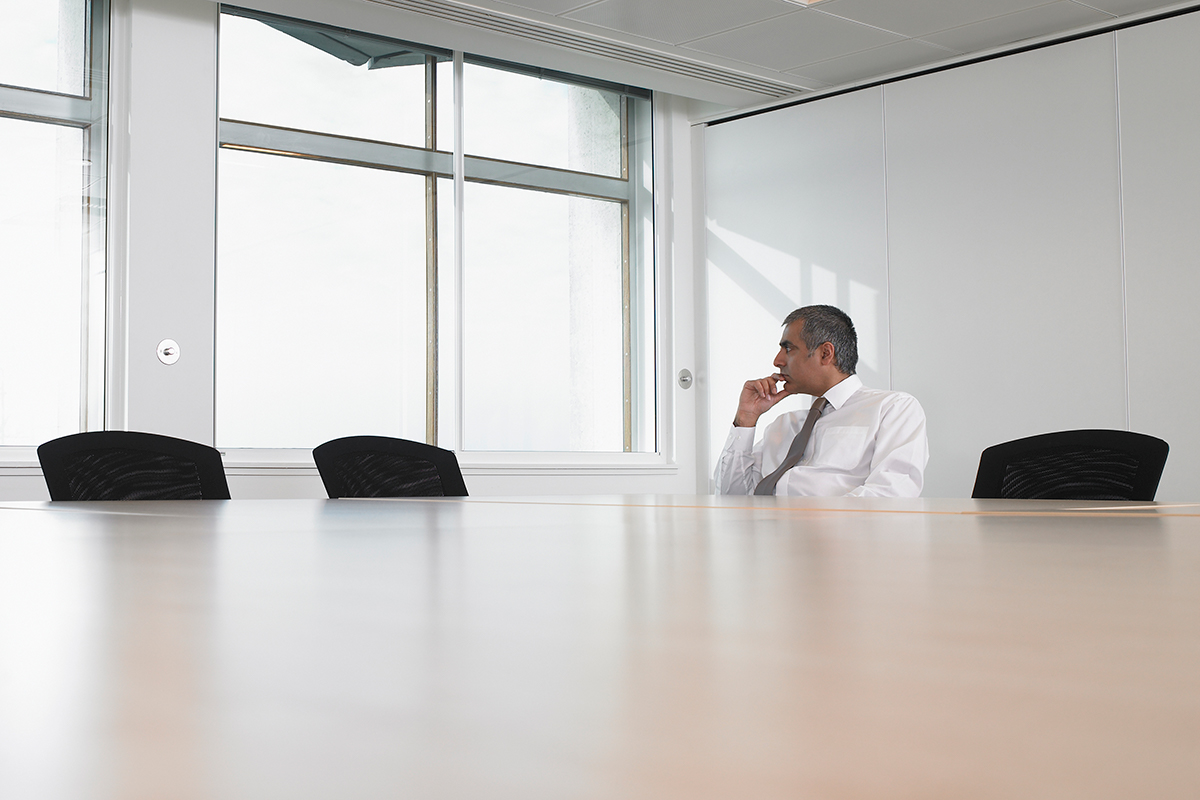 Over the years, as many companies have become larger and more complex, I’ve seen many CEOs become marginalized. Many seem to have developed a fear of interfering, and some seem uncertain about how to be involved constructively. This leads them to be more passive than they should be.

Uncertainty is certainly understandable, but you can’t become immobilized. Your company needs your active guidance more than ever, and acting like a deer in the headlights won’t make the situation any better.

The Golden Rule of Business

We’ve met a great many CEOs who joke about their managerial prerogatives – quoting the Golden Rule of Business: “Whoever has the gold makes the rules.“

So why don’t most CEOs act as if they believe it? Do you act as if you believe in the Golden Rule of Business?

I promise there’s a better way to manage your business. There may not be perfect answers, but somewhere between perfection and complete improvisation there is an approach that will work for you and your company.

Many CEOs give up on making improvements because they can’t get things to be perfect. It’s time to give up seeking perfection and focus on doing things well and then doing them even better. Try it. You’ll like it.

This is no time for passivity

There’s an enormous range of managerial styles among CEOs, but I’ve never seen a top-performing company with a passive CEO.

Every CEO has their own personal style, and every profit-leading CEO uses their own style differently. Regardless of style, each of these successful CEOs is thoroughly engaged, because each of them understands that their direct involvement is required if they want to get results.

Worrying About Interfering: Get Over It!

There are legitimate questions about how much you can be involved in your company’s operations as CEO – especially when you have senior managers responsible for running certain areas.

We’ve seen some CEOs who are self-consciousness about imposing their performance standards on the people that work for them. They’re concerned that others will feel they’re acting bossy or superior.

We’ve come to call that kind of behavior the “one of the boys” syndrome, and it can be immobilizing. You’re not acting superior. You’re just helping your managers understand what’s expected and helping them to remove some of the obstacles in their way.

Should you be concerned about interfering? Yes. But that’s no reason for you to be passive. Unless you set performance standards and follow up to see they’re being met, your results are guaranteed to be disappointing. As CEO, you have to see to it that you get the results you need.

Providing a sense of urgency and focus

As CEO you’re obligated to establish worthy performance standards and pursue them with a real sense of commitment and urgency. That doesn’t mean you should act like a dictator. But you do have to ensure that the standards are completely clear and pursued consistently.

You have to provide the focus and sense of urgency that can easily be lost in the daily struggle to bring in enough sales and get the work out on time.

Should your managers be permitted the freedom to do their jobs? Of course they should. And you have to give them the authority and resources they need to accomplish those results.

But I’ve never seen a profit-leading CEO sacrifice his company’s future out of politeness. They know they’re required to insist upon the results they need.

As the CEO, you set high standards for yourself. Why shouldn’t you expect a high level of performance from your staff members? It’s time to get over your fear of interfering, so you can help your managers to understand the results you expect and prove your commitment by removing any obstacles that stand in their way.