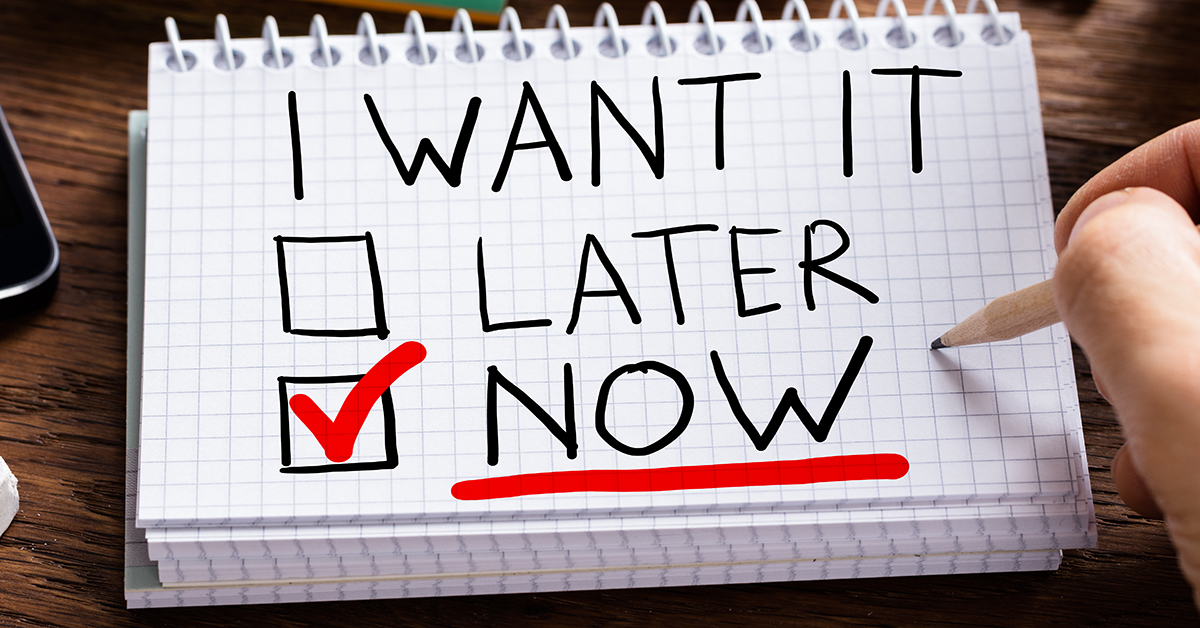 During the Covid-19 onslaught, there’s been plenty of attention paid to cutting costs. And much of it has been called “right-sizing.”

But as sales volume has begun to pick up, many companies haven’t found the right size at all. They’ve cut staff so dramatically that they risk disappointing customers in keeping their delivery promises or providing service.

It’s a high-class problem to have unexpected surges in sales volume. And it feels good to be cutting expenses, but there are real risks and real costs in disappointing customers.

Time for a fresh look at staffing?

If you’re seeing an uptick in sales, maybe it’s time to take a fresh look at your ability to respond to customer demands.

Disappointing customers can cost future sales, discouraging them from giving you more business. And restricting capacity also has a chilling effect inside your company, on salespeople and on other staff members, who send negative vibrations to customers — resulting in very real sales losses.

Cutting back on production labor is too easy

Many companies have cut their direct labor forces far more aggressively than their office staffs. After all, if there’s less work to produce, it’s easy to see a path to eliminating production people. It’s much more difficult to unwind administrative staff, because it often requires rethinking the process of getting orders processed and work completed.

Cutting production staff is simple, but it can be problematic to squeeze capacity too hard. It makes it harder to say YES to a quick turnaround project, and increases the risk that you may not keep normal schedule promises.

If I were to have one extra staff member in my company, it would be a production worker. In the olden days of graphic arts, it would have been a pre-press person, to ensure proofs went out quickly and were corrected right away, so jobs could get on press. But with easier and more automated pre-press workflows, that area is less likely to be a bottleneck. Now I’d be more likely to keep an extra person to run a press or finishing equipment.

The economics of adding production staff

In many companies, direct labor is less than 20% of total costs — so you can smooth out delivery problems without adding greatly to your costs.

Think of it this way: you’ve already purchased and installed the equipment. And you have all the overhead costs in place — in rent, utilities, administrative staff and sales. The only additional cost is the labor to make it useful – and that’s considerably less than the fixed costs that continue day after day, whether the equipment is running or not.

And typically, you’re selling direct labor at three, four or five times the costs for those employees. So even if they’re not busy every minute, you’re recovering more than their cost — even when you’re selling less than half of their time.

Of course, you can’t have an entire company filled with people standing around with little to do, but one or two extra people can make a real difference in your ability to perform. You’ll not only be saying YES to customers, in other areas of your operation you’ll be producing much of that added work with existing staff members who have available time and aren’t costing you anything extra.

Putting it another way: If you’d be charging $125 an hour for a piece of equipment that’s not running, $80 to $90 of the hourly costs continue hour after hour — whether you’re running the equipment or not. The overheads are entirely fixed and don’t go away.

75 or 80% of your costs continue hour after hour — whether you’re running your equipment or not.

The fixed costs don’t go away.

And the same holds true for a non-machine function — like design or marketing services, or even hand assembly. The overhead costs go on whether you’re selling the time or not.

So if you’re in the fortunate position of seeing demand begin to perk up, don’t handicap yourself unnecessarily. Add another production worker or two, and start saying YES to customers and to salespeople.

One last thing: the Covid downturn is making lots of good people available — better than the people you might usually find.

Yes, the best people are very rarely laid off. They’re the last to go. But many good performers may be concerned about their present employer’s financial condition, and are quietly exploring their options. Many of my clients have been genuinely delighted to find superb new employees because they’re able to offer opportunities that might be out of reach at companies that are struggling. Those other companies might not be failing yet, but their employees may feel it’s vaguely dangerous to hang around.

I’m not suggesting that you stop managing your costs carefully. The pandemic makes cost management a crucial skill.

But I am suggesting that if you’re seeing an uptick in sales, maybe it’s time to take a fresh look at your ability to respond to customer demands — recognizing that adding production labor might be a fast, easy and low-cost way to improve your position with customers, while adding higher quality employees than you might otherwise attract.

Maybe something good can come out of this pandemic after all.