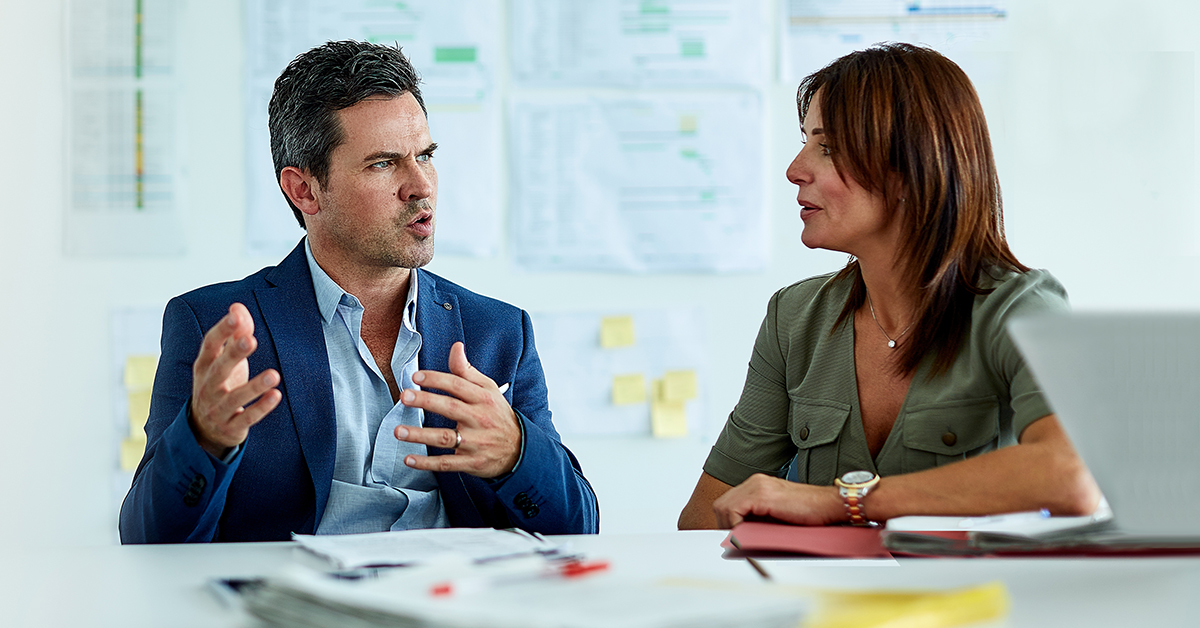 Be Kind. Be Direct.

As the CEO, you’re going to face uncomfortable situations. You can avoid those conversations or you can be evasive in addressing the difficult issues, but both approaches will make the situation more difficult to deal with later.

Why is being frank so difficult?

Let’s look at an unhappy conversation that could have been avoided. It took place late in the year — too late to fix things:

“Natalie, we were aiming at six major account conversions from your group this year. I know it takes time to make the conversions, but we’ve been talking about the same candidates for the past six months. It’s October, and we just closed the first one.”

“I know there’s no way to get close to our goal for the year. How did this happen?”

Why hadn’t the CEO faced the difficulty in March or April, when all the early signs were pointing to a shortfall? He had probably excused the situation because Natalie had always produced results, and there was plenty of time to catch up. Why put added pressure on her?

But a frank discussion could have been precisely what Natalie needed. It might have uncovered roadblocks early enough to clear them out of the way before the year was almost over.

Natalie was such a solid performer that he owed her the chance to take a fresh look at the situation — and maybe offer some of his help, before it was too late.

Who gained from the CEO’s evasion? Certainly not Natalie. And not the company.

Uncomfortable and difficult aren’t the same

Why do so many CEOs have trouble being frank with their senior staff? Maybe they’re self-conscious because they don’t know how to fix things.

Most often they’re just uncomfortable at having an unpleasant conversation. Yet that’s exactly where being direct is the kindest thing of all.

It’s your job to create a clear understanding of the results you expect and ensure that your managers have the resources necessary to achieve those results — helping to remove any obstacles that may stand in their way.

To succeed, your people need to know how they’re doing.

Being frank is the fastest (and fairest) way to get the results you need.

It’s not your job to fix people, or how they do their jobs. It’s your job to manage their results and judge them by those results. There are no conflicting interests in all of this. They deserve to know how they’re doing, and you deserve to get results from them.

By being nice, and avoiding difficult conversations, everyone loses. You’ll fail to get what you need, your company will fail to achieve the results it requires and your managers will fail to understand where they’re falling short. You’ll be disappointed and they’ll feel hurt — and very likely misled.

Being direct is important

By all means, be courteous in dealing with your managers, but be direct with them. You’re not being difficult or confrontational. You’re helping them to understand your standards for performance and holding them accountable for meeting those standards.

People appreciate knowing where they stand. If you’re direct and forthright with them, your managers are likely to be even more highly committed and enthusiastic. It’s exciting to accomplish worthy goals, and you’ll quickly find that everyone likes being on a winning team.

If you want to be kind to your staff members, good for you. It’s an admirable trait. But don’t evade or overlook dealing with difficulties. It’s misleading and unfair to the person who’s struggling. And it’s unfair to you as well. So learn to be kind by being direct.