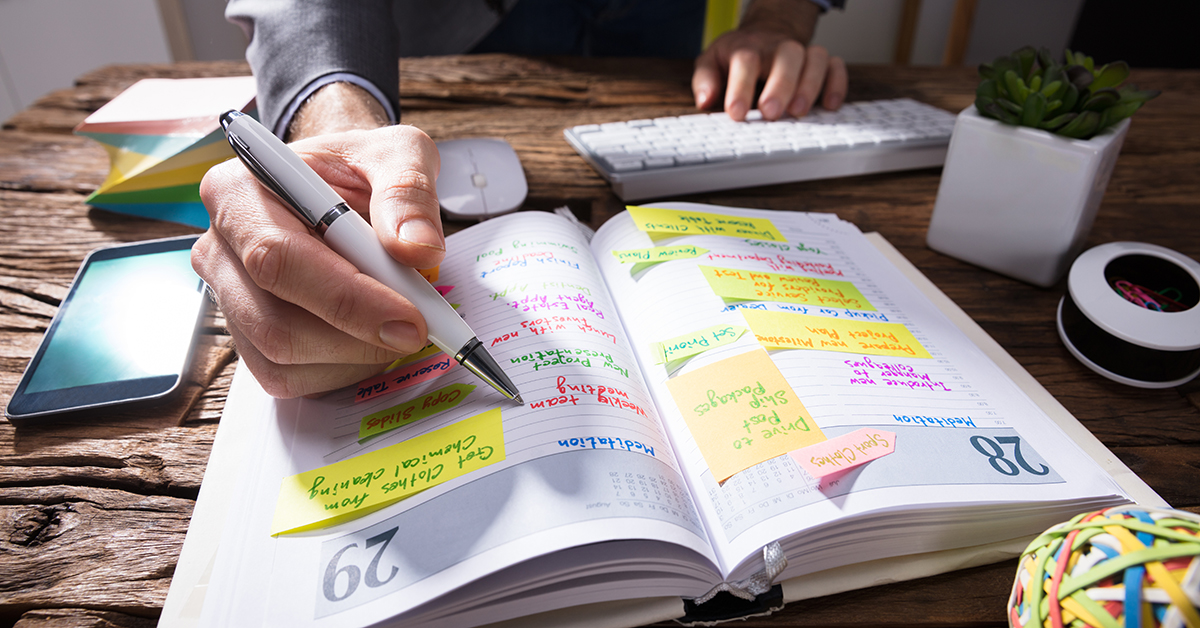 The dreaded POOPP Disease is so widespread that some CEOs overreact and create a different problem for themselves: Schedule Constipation. It’s not very frequent, but it can be quite debilitating to its victims.

Some CEOs manage the conflicting demands on their time by tightly scripting every hour of their workdays. Unfortunately, they become so busy conforming to the demands of their schedule that they’re imprisoned in a different way.

It doesn’t make you more productive when you create an unyielding and jam-packed schedule. It makes you inflexible and unresponsive.

A prisoner of your own schedule

Being tightly scheduled feels safe, because you’re protected by a wall of must-do’s. But being too highly scheduled leaves no time for the countless things that pop up and need a little of your attention — this afternoon, not Friday.

Of course you shouldn’t act like a fire-fighter, jumping from brushfire to brushfire. But issues will frequently arise. They may not be earth-shaking in importance, but they can’t wait until the end of the week.

Build a schedule that works for you

There’s a big difference between being too busy and being overscheduled.

Take a not-too-little and not-too-much approach to building your schedule. Start by creating a new category— committed but unscheduled time. It will give you plenty of time for what’s important, in a much more flexible framework.

Here’s how it works:

Set scheduling limits: Schedule no more than five hours of your day (okay, six, if you insist) with appointments or activities at specific times. That will leave you with a good amount of time to deal with projects that don’t have a tight deadline. It will also provide time for you to respond to queries from your managers or other things that pop up and require your attention.

Set aside “committed but unscheduled” time: You might commit to spending an hour looking at a particular issue. You’re not sure when you’ll do it, but you’ll commit some unscheduled time for it.

There will be other things you’ll want to accomplish. Write them down and commit to doing them, but don’t schedule specific times. Maybe it will be at the end of the day, or maybe it will be earlier.

Now get used to it

If you’re accustomed to being tightly-scheduled, you’ll need to get over your fear of having some open time on your calendar. That should be easy, because I haven’t met a CEO who has difficulty keeping busy. There will always be things for you to do. Your challenge is to spend time on the right things — the things that will make a difference in your results.

Are you really worried about running out of things to do?